You are here: Home / Posting / NEOWISE, An Interstellar Traveler

The Universe heard all the groans about shut-downs coming from the inhabitants of planet Earth and decided to provide us with a spectacular celestial display as a consolation gift.

C/2020 F3, a 3 mile wide ball of ice hurtling through our cosmic space and, having survived its’ 44 million proximity to our Sun, is now making its way out of our solar system. What that means for inhabitants of the Northern hemisphere of planet Earth is that this magnificent comet can now be seen in the evening sky and—unlike earlier in the month when it could only be viewed in the wee hours of night—can be easily seen without a telescope a few hours after sunset.

C/2020 F3 was discovered by Nasa’s space based infrared telescope on March 27. In fact, the common name for this comet is NEOWISE because it is named after NASA’s Near-Earth Object Wide-field Infrared Survey Explorer telescope.

Find the darkest spot that you can one or two hours after sunset. Look northwest and find the Big Dipper and follow its ladle as it arcs in the direction of the horizon. NEOWISE will be beneath the Big Dipper and about 10 degrees above the horizon. (If you hold your arm in the direction of the Big Dipper and and make a fist below it and at the horizon, the part of the sky covered by your fist is approximately 10 degrees). You will not need a telescope because NEOWISE can be seen with the naked eye as a bright point of light, as bright as the stars in the Big Dipper constellation. If you have a good pair of binoculars, you may even be lucky enough to see the remarkable 2 tails of this comet—a dust tail and a blue ion tail made from charged particles flying off the comet’s icy nucleus.

If you want to capture an image of NEOWISE, place your camera with a fast telephoto lens on a tripod and set a 5 or 10 second exposure. Some have even caught remarkably good images with a cell phone. Be sure to have an interesting foreground for this celestial display—a tree, mountains, or water.

Perigee for the comet will be on July 22nd when NEOWISE will only be 64 million miles from Earth. Fortunately, the Moon phase will be a waxing crescent following a new Moon, so the skies will be dark. This will be the ideal time to view NEOWISE.

In addition, you may be lucky enough to catch a falling star from the Delta Aquarid meteor showers that are also occurring this month. Hang onto your binoculars and go back to your NEOWISE viewing site a few days later because the main flurry of the Delta Aquarid will occur on July 29, with as many as 20 shooting stars per hour. Although the annual August Perseids meteor shower is generally much brighter and with many more meteors, this year it will be competing with a 47% illuminated moon. So, you might have a much better chance of catching a falling star with the Delta Aquarid.

After reaching perigee, NEOWISE will likely fade pretty quickly and it will be your last opportunity to see it because the next occurrence will not be for another 6000 years. So, get out your binoculars and counter isolation stress by viewing our boundless Universe home! 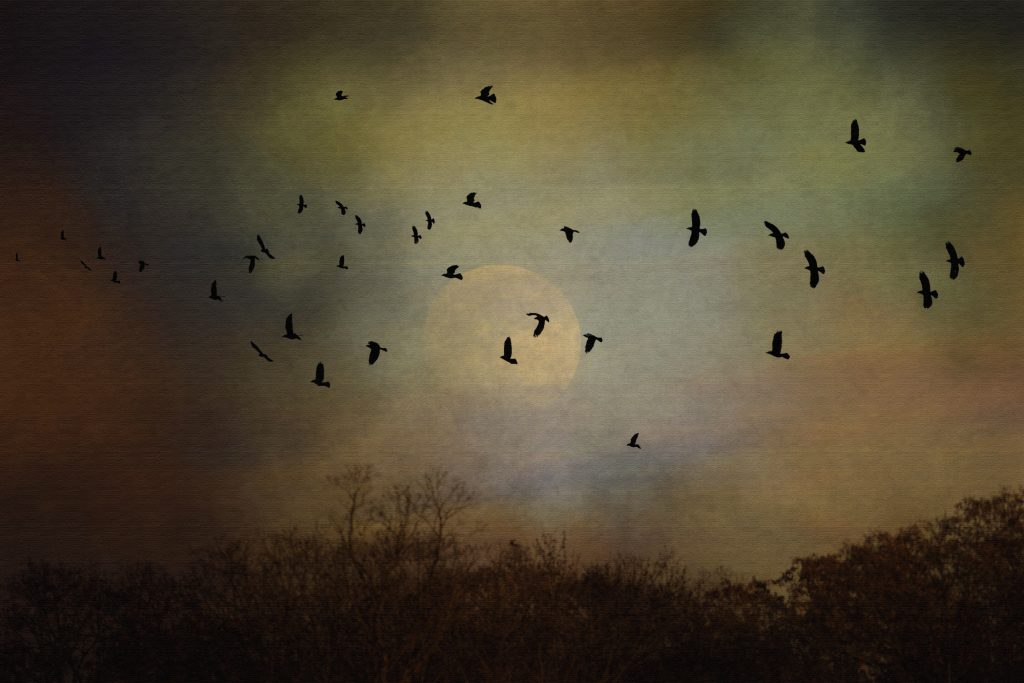 WHO INVENTED DEATH AND CROWS AND IS THERE ANYTHING WE CAN DO TO CALM THE NOISY CLATTER OF DESTRUCTION?  What a hard year. We’re all dying, even that crow talking loud and kicking up snow.  Maybe … END_OF_DOCUMENT_TOKEN_TO_BE_REPLACED

180,000 dead Americans and the Republicans hold a Garden Party! Following is copied from McSweeney's because in these dark pandemic days, we all need to laugh (even while we're crying). … END_OF_DOCUMENT_TOKEN_TO_BE_REPLACED